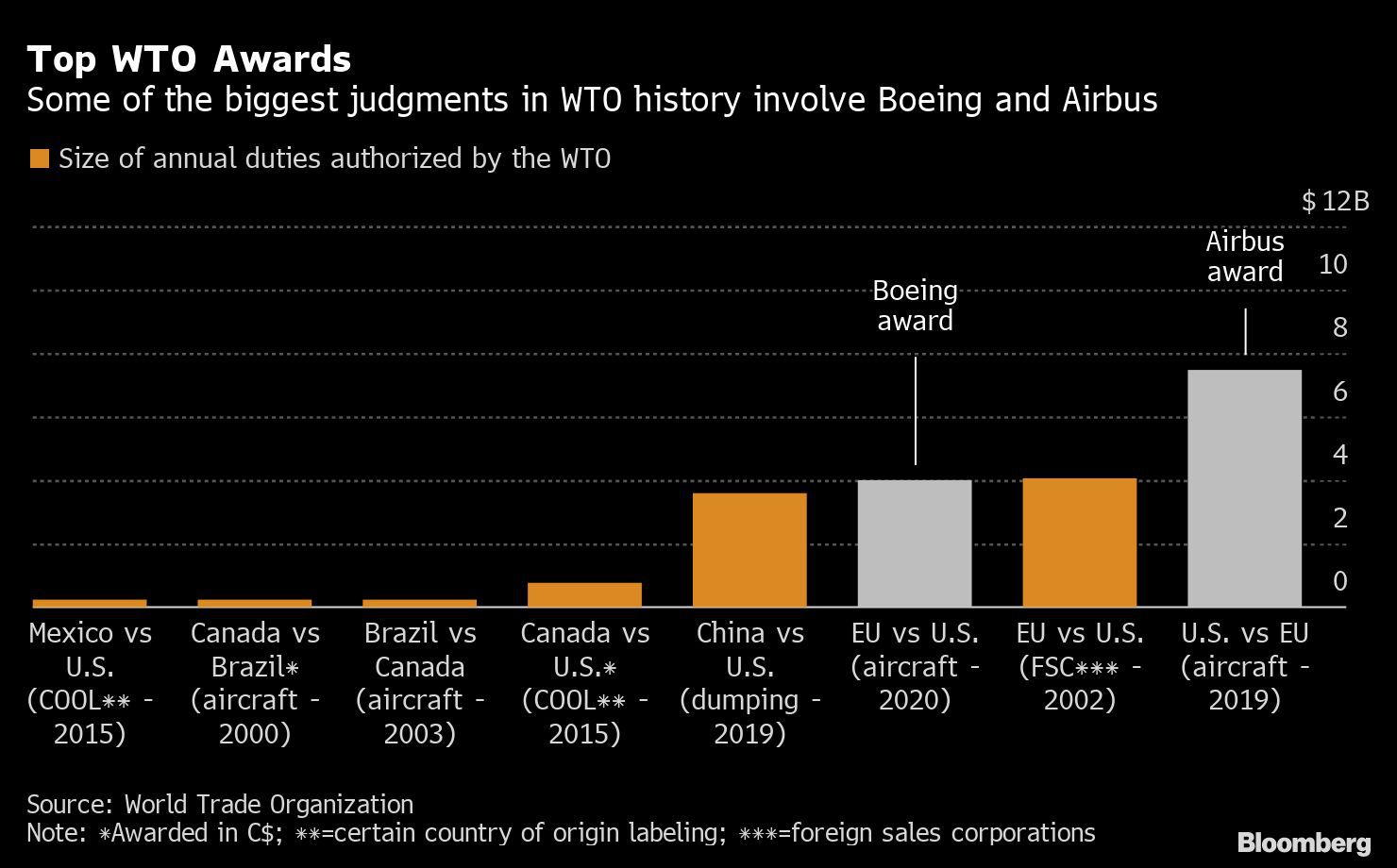 (Bloomberg) — German Finance Minister Olaf Scholz said the U.S. and the European Union should scrap billions of dollars of tariffs on each other’s exports levied in a dispute over subsidies to Boeing Co. and Airbus SE.

The two global powers have been fighting over aid to their respective aircraft manufacturers for nearly two decades, though EU officials have said they will engage with the new U.S. administration under Joe Biden as soon as possible to seek a solution. The U.S. in 2019 slapped tariffs on $7.5 billion worth of EU exports annually, while the EU hit back last year with $4 billion worth on American goods.

“Sanctions are never a very good idea in trade relations,” Scholz said Thursday in an interview with Bloomberg Television, urging Washington to “put away sanctions and not increase them.”

Boeing and Airbus should “compete in the world and there should be no sanctions between the European Union and the United States in this field,” he said. “It must be the common idea to find a way to deescalate.”

Both Airbus and Boeing have been hit hard by the coronavirus pandemic. A recent surge in Covid-19 cases in Europe could prolong the pain and raise the economic stakes for their home countries.

The Trump administration imposed tariffs on additional EU products at the end of last year. It argued that the bloc used a time period that affected “substantially more products than would have been covered” otherwise and said it needed “to take some measure to compensate for this unfairness.”

The new goods affected include some aircraft-manufacturing parts, certain wines, and some cognac and other grape brandies from France and Germany. The USTR said the overall value of goods being hit remains $7.5 billion, after adjusting the time period in its sanctions to match the EU’s.