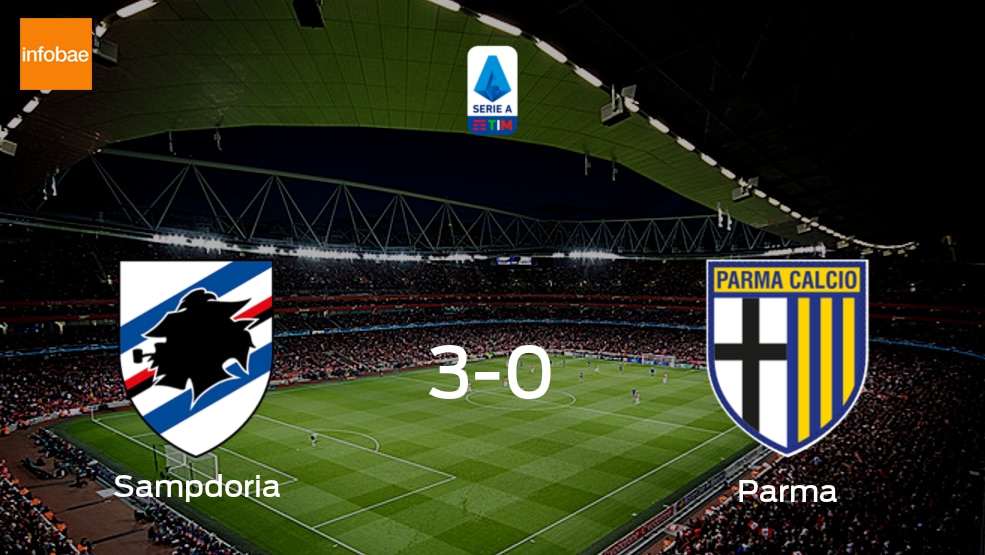 Parma fell to an away defeat against Sampdoria at the Stadio Luigi Ferraris on Saturday. Sampdoria were looking to pick up points after winning last match. Parma were beaten 3-1 in the previous match against Sassuolo. This left, Sampdoria and Parma are 9th (52 points) and 20th (20 points) in the table respectively, after a total of 38 matches.

The Blue-circled started strong and were rewarded for their efforts, with Fabio Quagliarella opening the rout, 20 minutes in. They then scored again, increasing their advantage thanks to a goal from Omar Colley just before half-time, finalising the first half 2-0.

Sampdoria continued to apply pressure in the second and were rewarded, with Manolo Gabbiadini finding the net, on 64 minutes, leaving the final score at 3-0.

There were bookings for Mehdi Leris from Sampdoria. For Parma, Mattia Bani saw yellow.