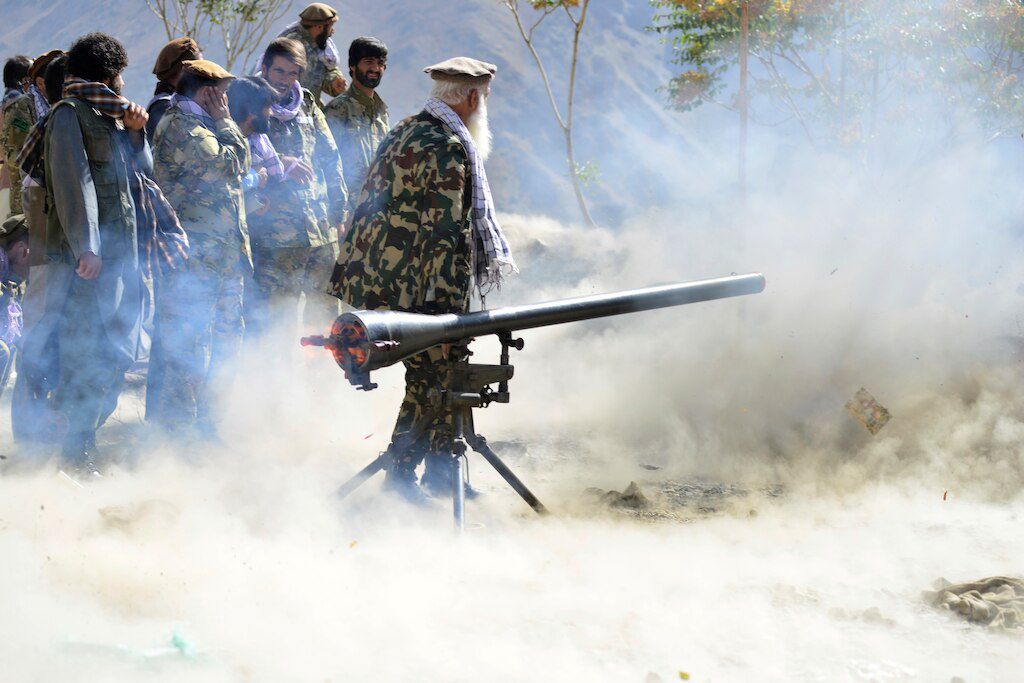 The Taliban announced Monday they had conquered the northern Panjshir Valley, ending the only armed resistance to their rule in Afghanistan.

“This victory brings an end to the war across the nation and paves the way for a peaceful life and prosperity in an atmosphere of independence,” Taliban spokesman Zabihullah Mujahid said in a statement.

There was no immediate reaction from the opposition forces, known as the National Resistance Front and led by commander Ahmad Massoud.

The Taliban claimed the victory hours after Massoud said he welcomed proposals from religious scholars for holding peace talks with the Taliban if they pull back their forces from his native Panjshir.

Ahmad Massoud made the offer through a post on his organization’s Facebook page on a day when Taliban forces claimed they had fought their way into the provincial capital, Bazarak, after seizing the rest of the province.

“The National Resistance Front is ready to stop the war immediately in order to achieve stable peace, if the Taliban group ends its military attacks and movements in Panjshir and Andarab,” the Facebook post quoted Massoud as saying. Andarab is a district in the neighboring Baghlan province and sits at the entrance to Panjshir.

Massoud’s statement came in response to reports in Afghan media that said a council of religious scholars had called on the Taliban to accept a negotiated settlement to end the fighting.

Panjshir is the last remaining area of armed resistance to the Taliban’s rule since they captured the other 33 Afghan provinces, including the capital, Kabul, last month in a lightning blitz as Western-trained government forces collapsed and President Ashraf Ghani fled the country.

But a week later the NRF, which comprises members of U.S.-trained Afghan security forces and local tribal militias, retook Andarab and two other adjoining districts in Baghlan.

The Taliban denounced the attack as a breach of their general amnesty for all members and politicians of the ousted Afghan government. They repeatedly had urged NRF leaders to surrender their arms and find a negotiated settlement to the security crisis.

The talks eventually broke down, with each side blaming the other for their failure, prompting the Taliban to stage a major offensive several days ago that retook the lost ground.

The advances also paved the way for the Taliban to assault and enter Panjshir, home to the country’s Tajik ethnic minority and located north of the capital, Kabul.

In social media posts, Taliban officials, responding to the conditional offer of talks, said their forces were pressing ahead with the offensive to clear Panjshir of the armed resistance, adding that fighting was ongoing inside Bazarak.

The claim could not be verified from independent sources, and both the adversaries have issued inflated details about their gains since the fighting broke out.

Massoud’s father successfully defended the province when the Taliban ruled most of Afghanistan from 1996 to 2001.

The lack of control over all of Afghanistan has apparently prevented the Taliban from announcing a new government.

The Islamist group is under international scrutiny to deliver on pledges that their system of governance will represent all Afghan ethnic groups and respect human rights, particularly those of women, unlike their previous exclusive hardline regime in Kabul.

On Saturday, small groups of women activists took to the streets in Kabul and in parts of western Afghanistan, demanding respect for their rights and representation in the new government.

Taliban fighters broke up a rally of about a dozen women in the capital to stop them from heading to the presidential palace.

Footage circulating on social media showed demonstrators, who had been confronted by armed Taliban fighters, covering their mouths and coughing, with one woman saying the security guards had used tear gas to disperse the rally.

“They also hit women on the head with gun magazines, and the women become bloody,” said one of the demonstrators who identified herself as Soraya.

“Taliban blocking protest by beatings and tear gas: unfortunately, this is pretty much on brand for a group that relies on brute force to suppress dissent,” tweeted Patria Gossman, associate Asia director for Human Rights Watch.

The Taliban imposed a brutal justice system and banned women from work and prevented older girls from receiving an education when the fundamentalist group previously seized power in Afghanistan.

Taliban leaders, however, have promised to install an inclusive government in Kabul that they say will allow women to work and receive an education within the framework of Islamic law, or Sharia. Many Afghans doubt the reliability of their pledges.

«It will be an inclusive strong central and sustainable system or government,” Bilal Karimi, a member of the Taliban’s cultural commission, told VOA on Friday.