Adán Augusto López, head of the Ministry of the Interior (Segob), Luis Rodríguez Bucio, commander of the National Guard (GN), and other politicians participated in an event organized by the National Regeneration Movement (Morena) where the Revocation of Mandate, which is scheduled to take place on 10 April.

The event was held at the Condesa Real casino in Torreón, Coahuila, which was led by the national leader of the cherry party, Mario Delgado, who was accompanied by Ricardo Mejía Berdeja, who recently applied for leave as Undersecretary of Public Security (SSPC), Senator Armando Guadiana and other politicians of the entity.

During his speech, the head of Segob said “the president is not alone”. He also pointed out that in the 2023 elections in Coahuila, the candidate for government of the entity will have the support of Morenoists from all over Mexico. 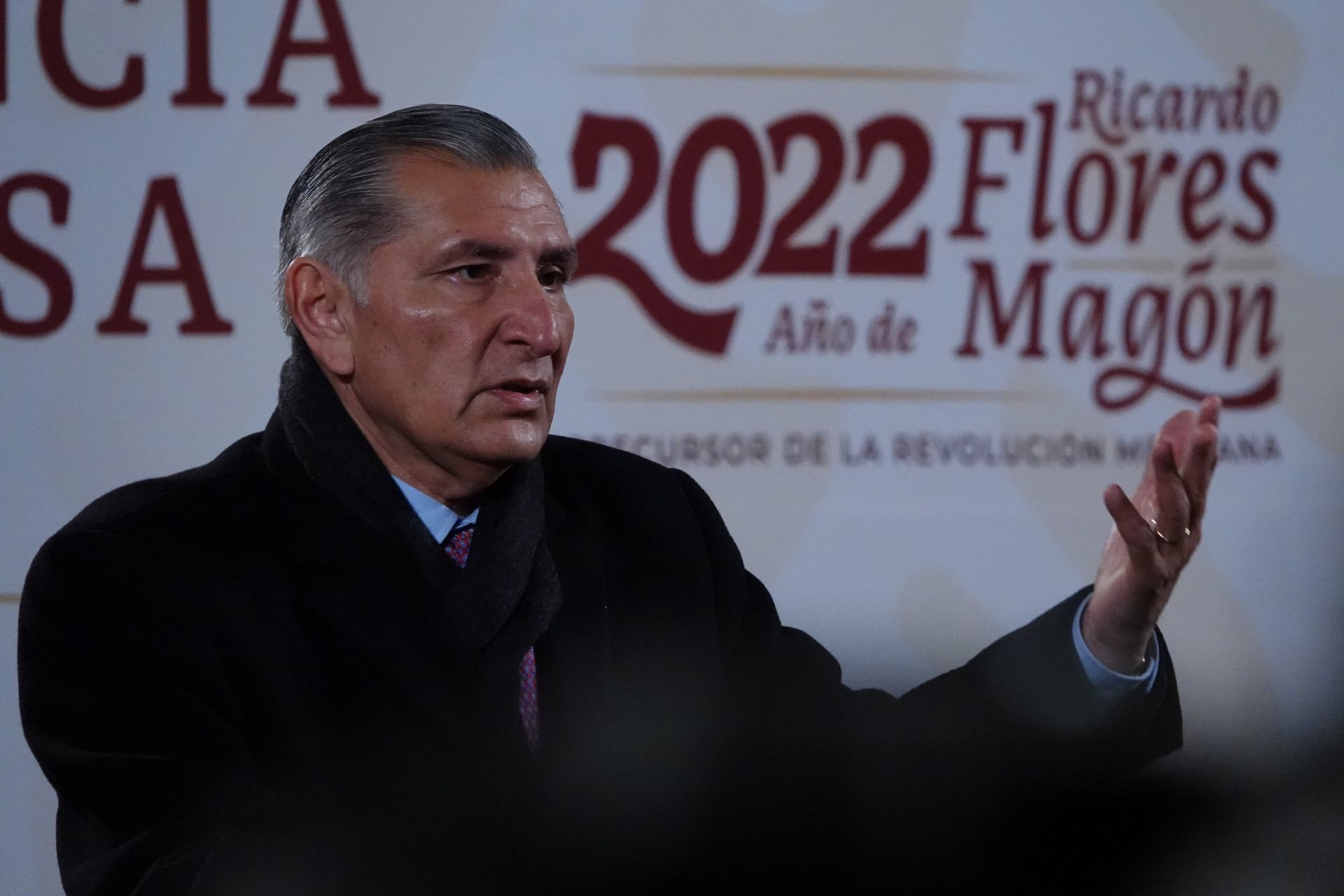 “In Coahuila, the democratic dawn begins on April 10, because I have no doubt that here Coahuila will say: ‘You are not alone Andrés Manuel López Obrador, ‘said Adán Augusto López. “Look, I know that Coahuila is proud to show off dinosaurs, because I tell you one thing: dinosaurs are going to disappear from Coahuila because there is going to be democratic government, of the people,” he added.

On the other hand, last Friday, April 1, the Complaints and Complaints Commission of the National Electoral Institute (INE) ordered the withdrawal of more than 600 announcements in favor of the Chief Executive regarding the consultation.

Adriana Favela pointed out in a special session that this resolution was taken following complaints filed by the PRI, PAN, PRD and MC against this propaganda, which they attributed to Morena, the civil association “Let Democracy Follow” and officials, saying that they seek to influence citizens so that the Next Sunday, April 10, vote for AMLO to end up in the Executive until 2024. 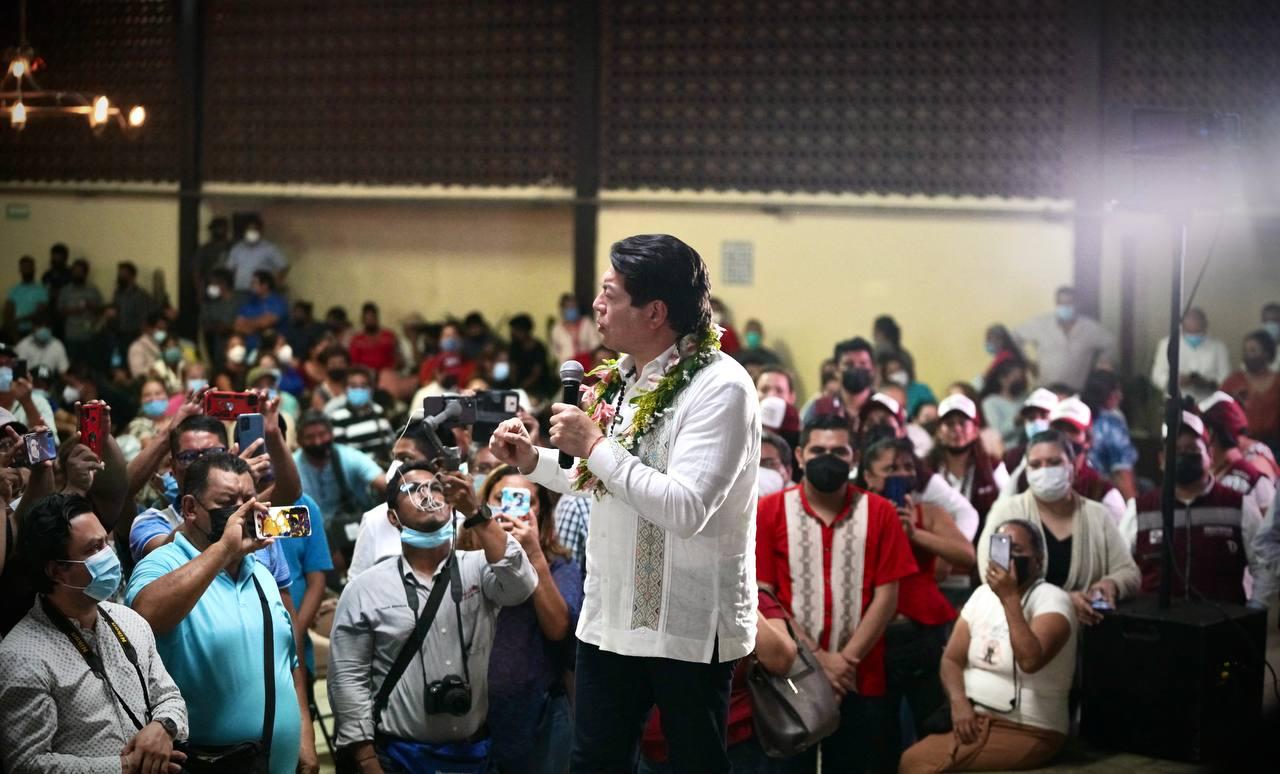 These are 183 spectacular advertisements, 18 cases of poster propaganda attached to fences, 354 painted fences, 74 cases of canvas placed in different locations and five advertisements in transport units.

“The only two entities where complaints have not been filed are in Campeche and Coahuila, in all the others it was found that this type of propaganda does exist and it is advertising that warns the image of the president and the reference to voting in the revocation of the mandate,” said the director of the electoral body. 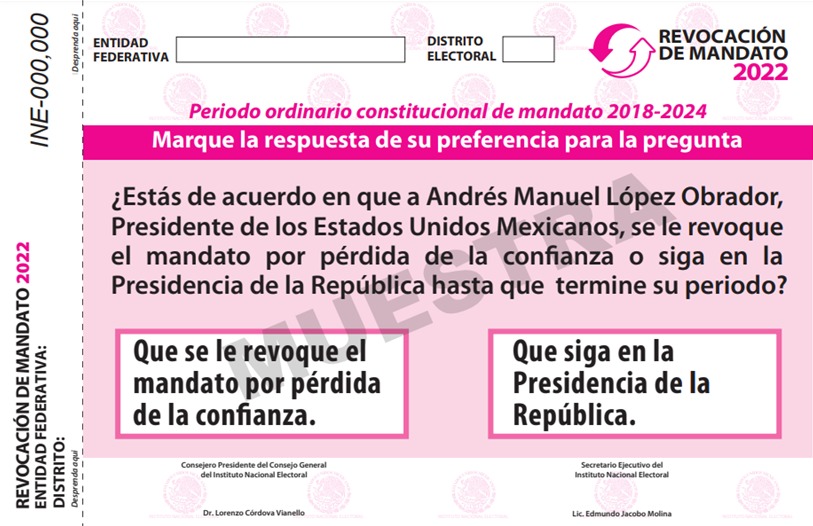 If this figure is not reached, regardless of whether the majority is in favor of or against the revocation of the Chief Executive, the result will have no legal value, so López Obrador will remain in office until 2024.

If the minimum participation target of 37 million is met, the option that has an absolute majority will win, that is half plus one.

Thus, in order for the Tabasqueño to lose in the consultation, at least 18 million, 564,645 citizens would have to check the option for the Revocation of Mandate due to the loss of trust.

Revocation of Mandate: Vicente Fox invited not to participate in the AMLO consultation

I do not promote the Revocation of Mandate, I only interact with citizens: Claudia Sheinbaum