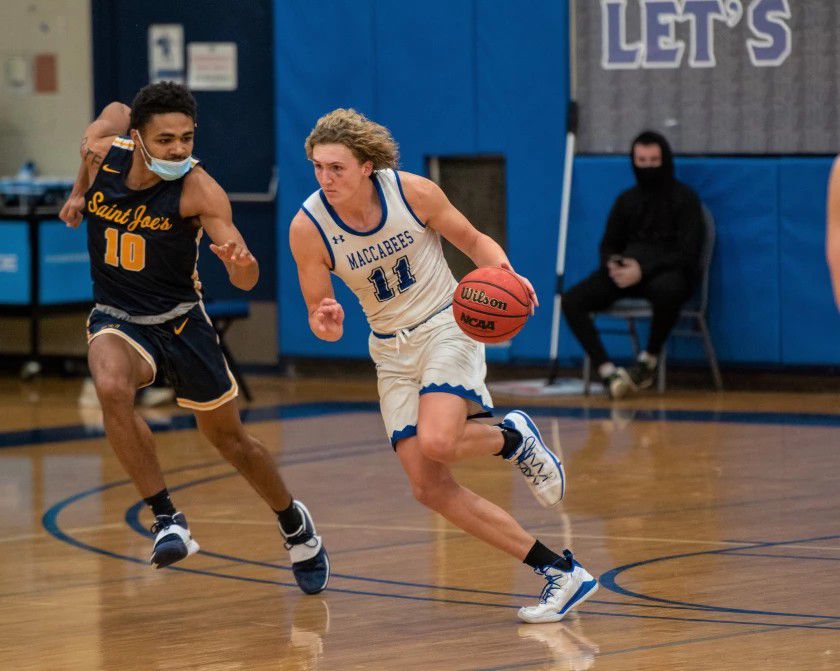 In February 1999, Sports Illustrated magazine put on the cover a Jewish player who shone in high school (averaging 35.4 points) and nicknamed him the “Jewish Jordan”. But in reality, no one ever took it seriously, perhaps because of the bombastic title and Tamir Goodman played for Macabbi Tel Aviv, the European powerhouse and biggest club in Israel, but he was left wanting to reach the NBA after not adapting to the University of Maryland for religious reasons. Today, 23 years later, no media still encouraged that title, but it doesn’t seem to be long because the situation repeats itself, although with a much more favorable context for the basketball player who dreams of breaking a barrier.

This is Ryan Turrell, a player who shines in college basketball to the point of being the top scorer (with 27.1 points) among the 1220 faculties that make up the three NCAA divisions, and has just made the decision not to return for the senior year at Yeshiva University in New York and declare himself eligible for the draft of the NBA to be held on June 23. Of course, this 2m01 and 21-year-old guard plays in the third and final division, raising some doubts as to whether his level and potential can be transferred to professionalism, but these days everyone is looked at and analyzed by the large number of NBA scouts. They say that, although it is not easy today, there are teams that follow him so that the boy can fulfill “the dream of making history and being the first Orthodox Jew to play in the NBA”, as he declared a few days ago when he made the announcement. Of course, Ryan is determined and clarified that, unlike Goodman, he will make the decision not to rest on Saturday, the day reserved for Shabbat.

Turrell comes from a family of good economic culture converted to Orthodox Judaism. The boy, seeking to transcend in the chosen sport, had doubts at the beginning. “I, for example, didn’t want to use the kipa in the picados with friends, because I was a little embarrassed. Being white and, on top of that, using the kipa were like two strokes together in the courts where he played. But it happened to me, really, because I didn’t understand the importance and I wasn’t proud to use it. Today is different,” he admitted recently. At the age of 15, Ryan had talent, virtues to play, especially in shooting, but he barely weighed 65 kilos. It was when he decided to enroll in Valley Toray High School in California and successfully tried himself in the Earl Watson Elite, top competition in the western part of the USA. Thus, little by little, the scouts began to follow him in that small high school of the collective. Suddenly he stopped being a “skinny and short”. It grew, strengthened and began to be an offensive power, with a great shot and even shocking dunks.

Turrell averaged a triple double in the last two years of high school and several universities looked at him, offering him a scholarship. Stanford was the most prestigious, but not the only one. The Air Force, UC Irvine and Cal State Northridge also made their proposals. Turrell chose Air Force, knowing that nearby was a rabbi and a kosher restaurant that shipped food, he admitted. But he quickly realized that he had made a mistake. As happened to Goodman in Maryland, religious themes came to the surface, such as the training that the team did on Saturdays, during Shabbat. Ryan took the background and chose another faculty to study and play. But none of those who had already required his services: he asked to go to Yeshiva, a Jewish university in NY that does not offer scholarships, which surprised his father. “We made the effort before, we will do it now,” Brad replied, after learning the reasons his son had had for choosing that university that left him further from his dreams (he plays Division III) but closer to his beliefs.

The boy was seduced, first, that coach Elliott Steinmetz was looking to create a Jewish culture of excellence in sports. “That was important, but also what I felt and thought. I went to Jewish schools all my life. I grew up religious and am kosher — who respects the ritual prescriptions of Judaism. My parents were shocked, because they knew I wanted to play in Division I, but I told them: ‘I want to be an idol of the Jews. ‘ I love the decision I made and I don’t regret it. I hope many guys make the same decision: choose religion and stay on that path. A path that I am convinced that my dreams can also be reached,” Ryan told the New York Times newspaper in an interview. Turrell shows an amazing determination to do what he feels, seeking to achieve equal to his dreams, even if the road is longer. “I’ve talked to a lot of Jewish players, who feel demolished when they get burdened or mistreated because they’re Jewish, but I don’t feel that way. I love using my kipa, I’m proud and when he says’ jewboy ‘to me it doesn’t bother me and I just show them that they can’t beat me,” he explained. 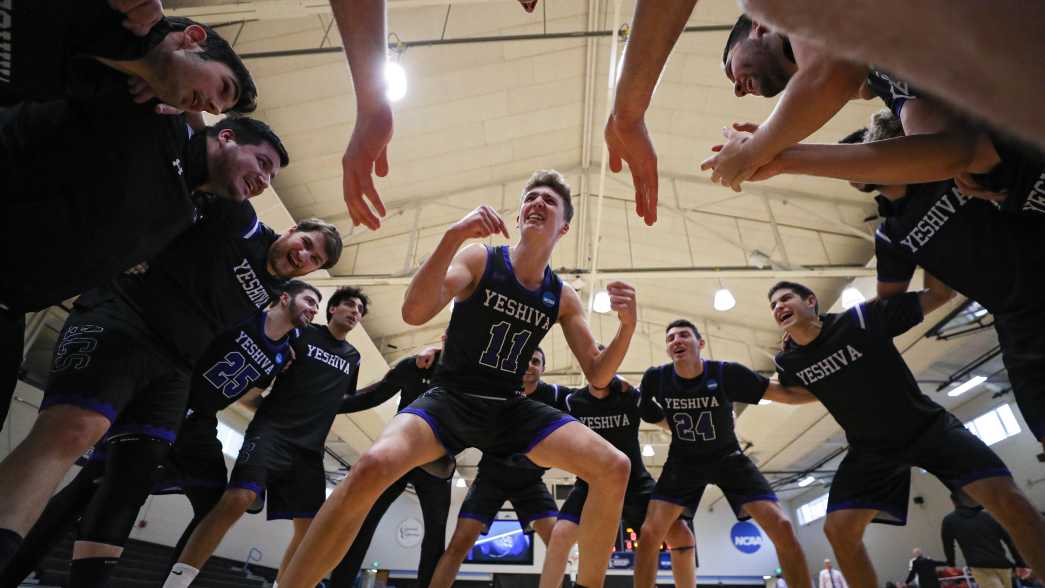 Turrell comes from averaging 27 points with high percentages: 57% on the field and 47% in triples. His team, usually from the heap, won 25 of 28 matches and won the Skyline Conference, reaching a streak of 50 straight wins between November 2019 and December 2021. At one point it was ranked No. 1 among the 355 universities that make up Division III. It is a pity that the current campaign did not end as everyone wanted: the Maccabees, however, were eliminated from the first round of the playoffs, on March 3, against John Hopkins. The player comes from being the Best Player of the Conference in the last two years, in addition to the faculty’s historic scorer, with more than 2000 points, despite the fact that two of the seasons were shortened by the pandemic. In fact, in March 2020, when the tournament was canceled, it came from scoring 71 points in two games…

His scoring ability aroused the interest of several NBA scouts. Owners, executives and former players have gone to watch their matches. “I know that happened, my coach told me, which happened mostly at the end of the season,” admitted the boy, who specializes in a role that has become more important every day: the external pitch. Even their point effectiveness for possession (1.31) is the third best in the entire NCAA, according to Synergy Sports. But, of course, like everything, you have to take it with tweezers and evaluate that it does it in a much lower level division. That is why today, in the draft predictions, he is not projected to be selected. But it is believed that this may change when you go to pre-draft campuses, where everyone will be able to watch it live, especially your ability to pitch under better opposition. The only certainty is that his level exceeds the division where he plays and has the potential to continue growing.

“I always said that Jews are not as physically good athletes as others, but today the world is much more open to differences than 20 years ago, when Tamir arrived. That’s why I think timing is good for Ryan, which is for me like a Swiss army knife,” analyzed Harold Katz, former Goodman DT and Yeshiva’s scout. There are intangibles that empower him, such as his determination and mentality, which are observed in his statements, and a work ethic that is proof of everything. Since elementary school he has personalized trainers that the family gave him, from high school that not a day goes by that he does not have to put 500 shots to be able to abandon training and for a few years he has been following a work plan in the gym that allowed him to add kilos of muscles. All this allows him to be stronger, more effective, drawing curtains and going out to throw, in addition to having allowed him to defend multiple positions.

“At this level I can do what I want and, thinking about the next one, I can only say that I am a sponge: I learn quickly. I have no doubt that I can play a role (in the NBA). I want to try to go to all possible tests to show them that at that level I can also continue to score, defend and help my teammates,” he said. There are cases of players, even current ones, who reached the elite — and stand out a lot — after playing in Division III, such as the examples of Duncan Robinson (Miami Heat) and Derrick White (Boston Celtics).

In doubt, he also clarified that while he will continue to use the kipa — the NBA must authorize it — he will make a single exception that goes against his religious beliefs: he will not take the weekly break —Shabbat- that Judaism exhibits. A practice of almost 6000 years that goes from sunset every Friday to Saturday afternoon. They don’t drive, they don’t spend money, they don’t talk on the phone or, of course, make physical efforts. A way to rest and turn the mundane into a more spiritual and sacred place, they say. This could be a potential obstacle for him, but he’s cleared it up. “I plan to play and train during Shabbat,” he said.

Finally, he made it clear that his thing is serious. “I want to show that Jews can play basketball at that level. I want to do it for myself, but not only… I want to be an inspiration for others in my religion to believe that I can do it. I’m ready to make history,” he made it clear. Determination is not lacking…

The 10 best stories of Kobe Bryant: his special relationship with Jordan, how he got into the heads of his rivals and connection with Argentina