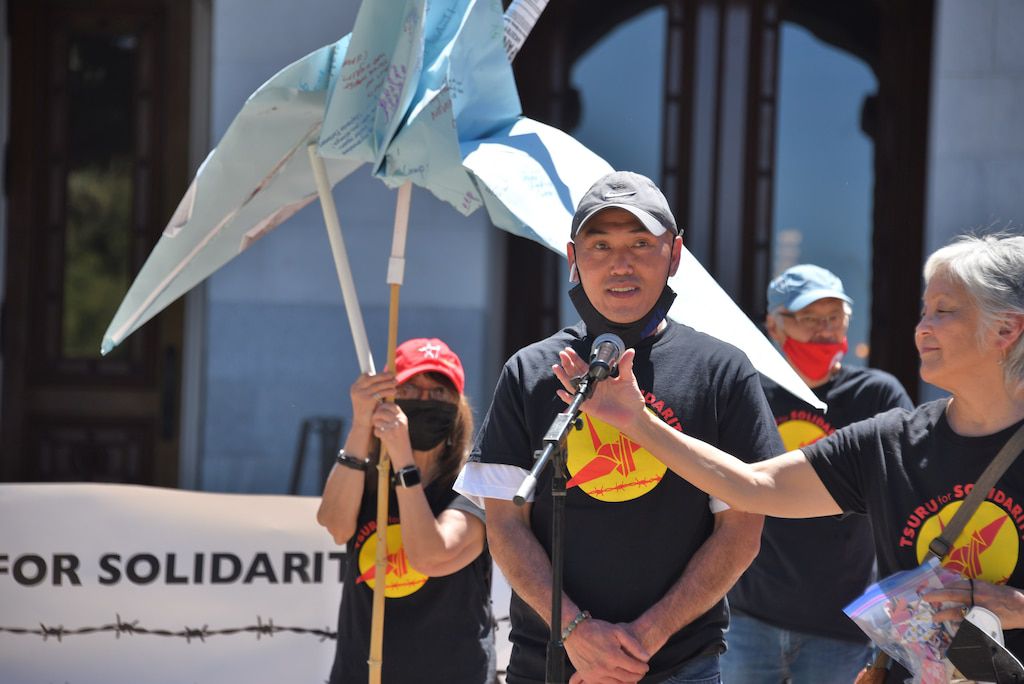 In September, Lam Hong Le faces what may be the last step in his deportation process. He was told to obtain a Vietnamese passport and bring it with him to his next hearing on September 8 in Yuba, California.

“I left Vietnam 42 years ago,” said Le, 53, who fears a difficult life ahead. The Socialist Republic of Vietnam, with its capital in the northern city of Hanoi, considers Vietnamese from the south who fled the communist regime to be traitors.

Le is one of many Southeast Asian refugees who faced a rough landing upon arrival in the United States in the years after the fall of Saigon in 1975. His trajectory ended with a 1990 shooting at a California birthday party. Le was convicted of murder when he was 24. Sentenced to 34 years to life, prison authorities paroled Le and on December 23, 2019, released him from San Quentin State Prison into the custody of U.S. Immigration and Customs Enforcement (ICE).

After his release, Le began working at a San Francisco homeless shelter, which deemed the Oakland resident an essential worker during the pandemic. He’s up for a promotion. Now, to avoid deportation to Vietnam, Le is seeking a pardon from California Governor Gavin Newsom. In 2019, the governor pardoned several Cambodians  and Vietnamese.  Just months ago, in May, Newsom pardoned two Laotians with life stories similar to Le’s.

But Newsom’s past performance is no indicator of Le’s future. A spokesman for Newsom’s office on August 4 responded to a request for comments by VOA Vietnamese, saying via email that the office “cannot discuss individual clemency applications but can ensure that each will receive careful and exclusive consideration.»

Le’s case is the topic of petitions and protests in the San Francisco Bay Area. Satsuki Ina, an activist who is a licensed psychotherapist specializing in community trauma, told VOA Vietnamese that Le “is someone who we really feel deserves to be protected.” 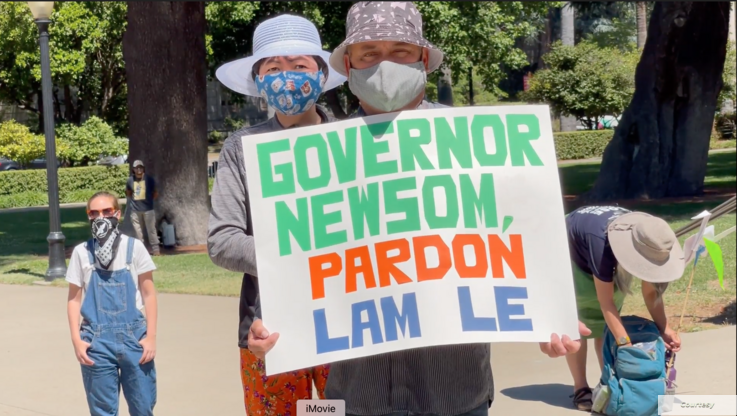 Vietnam War refugees like Le, who came to the U.S. before July 12, 1995 – the date on which Washington and Hanoi officially reestablished a relationship upended by the war – were supposed to be protected under a bilateral agreement signed in 2008.

But President Donald Trump’s administration singled out pre-1995 refugees with criminal records for deportation to Vietnam in a November 2020 memorandum of understanding (MOU) between the U.S. and Vietnam.

Representative Alan Lowenthal, a California Democrat, criticized  the MOU with Vietnam as “morally disturbing,” saying it violated “clear promises the U.S. made to these refugees after the Vietnam War.”

Le said he shouldn’t be sent back to Vietnam where he has no connections.

His story is echoed throughout the U.S.  as the nation’s policy on immigrant offenders undergoes revisions. At a time of increased fear in Asian American communities because of COVID-19-related backlash and hate crimes, the deportations increase the uneasiness.

Large-scale immigration from Vietnam to the United States began at the end of the Vietnam War, when the fall of Saigon led to the U.S.-sponsored evacuation of an estimated 125,000 refugees, according to a report by the Migration Policy Institute. As the humanitarian crisis and displacement of people in Vietnam, Cambodia and Laos intensified, the U.S. admitted more refugees and their families under the 1980 Refugee Act, which amended the earlier Immigration and Nationality Act and the Migration and Refugee Assistance Act.

Le was 12 and his younger brother Mickey Le, 10, in 1979 when they left Ho Chi Minh City, which had been known as Saigon, without their parents. After a year in a Hong Kong refugee camp, the brothers arrived in Los Angeles in 1981. They were among more than 231,000 Vietnamese who arrived in the U.S. in the early 1980s.

Most Vietnamese refugees entered the U.S. through sponsorships just like Le and his brother. The sponsors included churches, individual families and companies with links to refugees through Vietnamese employees, according to the Online Archive of California.

The refugee settlement process assigned the brothers to different sponsors. Although Mickey settled in and adjusted to his American life, his older brother fled what he described as an abusive situation when he was 14. Le took refuge in a gang, a common story among southeast Asian refugees in the U.S.

Le was first imprisoned in 1986 when he was 19 years old for assault with a deadly weapon, a felony that carried a sentence of five years. He was released after serving two years. After murdering a member of a rival gang, he received a sentence of 34 years to life in 1990.

“I thought I was going to die there,” said Le, even though his sentence carried the possibility of parole.

But Le transformed himself in California’s San Quentin State Prison, participating in educational programs, attending church and assisting other inmates.

In December 2019, the state’s Board of Parole Hearings granted him release, and he left prison after serving a total of 32 years.

Waiting for him at the gates were officers of ICE, who had been notified by state prison officials of Le’s release. He was remanded to an ICE detention center in Yuba County, where he was held for two months and eight days before being released for deportation proceedings.

While awaiting word from Newsom’s office, Le lives in a transitional house in Oakland, California, and works in nearby San Francisco.

“[Le] got a full-time job providing services to homeless people in San Francisco and he’s about ready to be promoted to supervisor because he’s done so well, being kind to people, and it’s gotten a lot of praise,” said Ina, who is a co-organizer of Tsuru for Solidarity, a Japanese American social justice organization focused on ending mass detention and “racist, inhumane immigration policies” in the U.S.

“He has volunteered as a street ambassador in Oakland’s Chinatown where he cleaned the streets and also escorted elders during the anti-Asian hate,” said Ina, who was born in a U.S. internment camp for Japanese Americans during World War II.

In May, Le used CPR to save the life of a homeless man who had overdosed, according to Ina.

Jeffrey Gray, the man revived by Le, told Bay Area TV station KTVU that he is “very thankful Le was there.”

Ina’s group is working with the Southeast Asia Resource Action Center, a national rights group; the Sacramento Immigration Coalition and other advocacy groups to mobilize support to persuade Newsom to pardon Le.

‘His survival is in question’

“If deported, [Le] will face a hostile Vietnamese administration subject to government surveillance and stigmatized as a traitor. … He will face discrimination in finding employment and other opportunities to find a secure existence. With no family connections and meager resources, his survival is in question,” read a petition with more than 3,450 signatures.

Le, who is at risk of being deported soon, needs a direct pardon from the governor. Waiting for California’s pardon review process to decide on his case could take years, according to Ina.

Ina said that deporting Le is a violation of the original agreement protecting refugees who arrived before 1995. She hopes that Newsom will make an exception and expedite Le’s case.

«We feel like if we could get him a pardon, it would bring enough attention that other Southeast Asian, particularly Vietnamese refugees would be protected from being deported back,” said Ina.

After being released from ICE custody, Le reunited with his younger brother in Oakland in January 2020.

“We cried,” Mickey Le said of meeting his brother after nearly 30 years. 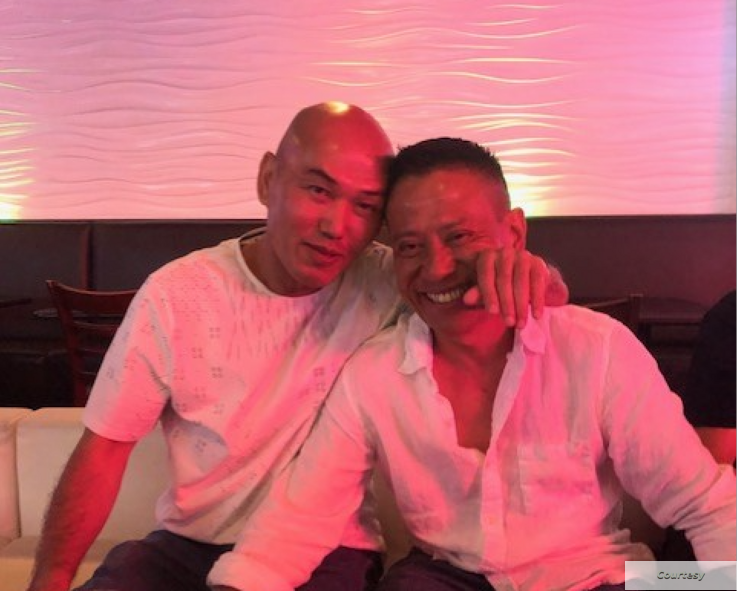 The brothers next met over the July Fourth holiday weekend in Los Angeles. Mickey, who is married with three children and runs a small business in Los Angeles, said, “I am so happy to see what [he] is doing to serve the community, and I hope that he would be able to stay in the U.S.”

Le said his life has been completely transformed with his release and his job.

“Now I have a chance to make a real change,” Le said, adding that he dreams of living a peaceful life and being able to pay back the community groups supporting him.

“I would like to get an opportunity to share my experience with children,” Le said, referring to his past as a young offender. “I would want to advise homeless children not to go the wrong way like I did.”