In just over a week, 6,000 people are expected to gather at the Oleai Sports Complex in Saipan for the opening ceremony of the 2022 Pacific Mini Games. It’s been a bumpy journey for local organizers to reach this point, but they are now mere days away from witnessing the start of the biggest sporting event in Northern Mariana Islands history.

Vicente “Ben” Babauta, CEO of the Games Organizing Committee NMPMG2022, told Around the Rings, “Everyone is stoked! [The] entire island is excited! Everyone is getting their leave out to watch the Games [and] support the athletes, specifically NMI.”

It’s incredibly hard to believe that local organizers have reached this point given the circumstances they had to overcome. A typhoon, global pandemic, and funding concerns all looked set to derail preparations for the event at one point or another, but local organizers managed to replicate their own motto and rise up to the challenge.

Still, with just over a week remaining until the start of the Games, work is being carried out across the Northern Mariana Islands to ensure the delivery of the event on schedule.

Babauta confirmed a majority of venues set host to competitions during the regional sports event were ready, or near ready, bar the Gilbert C. Ada Gymnasium which still needed a flooring installation and “touch-up” paint job. He told Around the Rings, “everybody’s just keeping an eye on our Oleai Sports Complex as it comes together.” 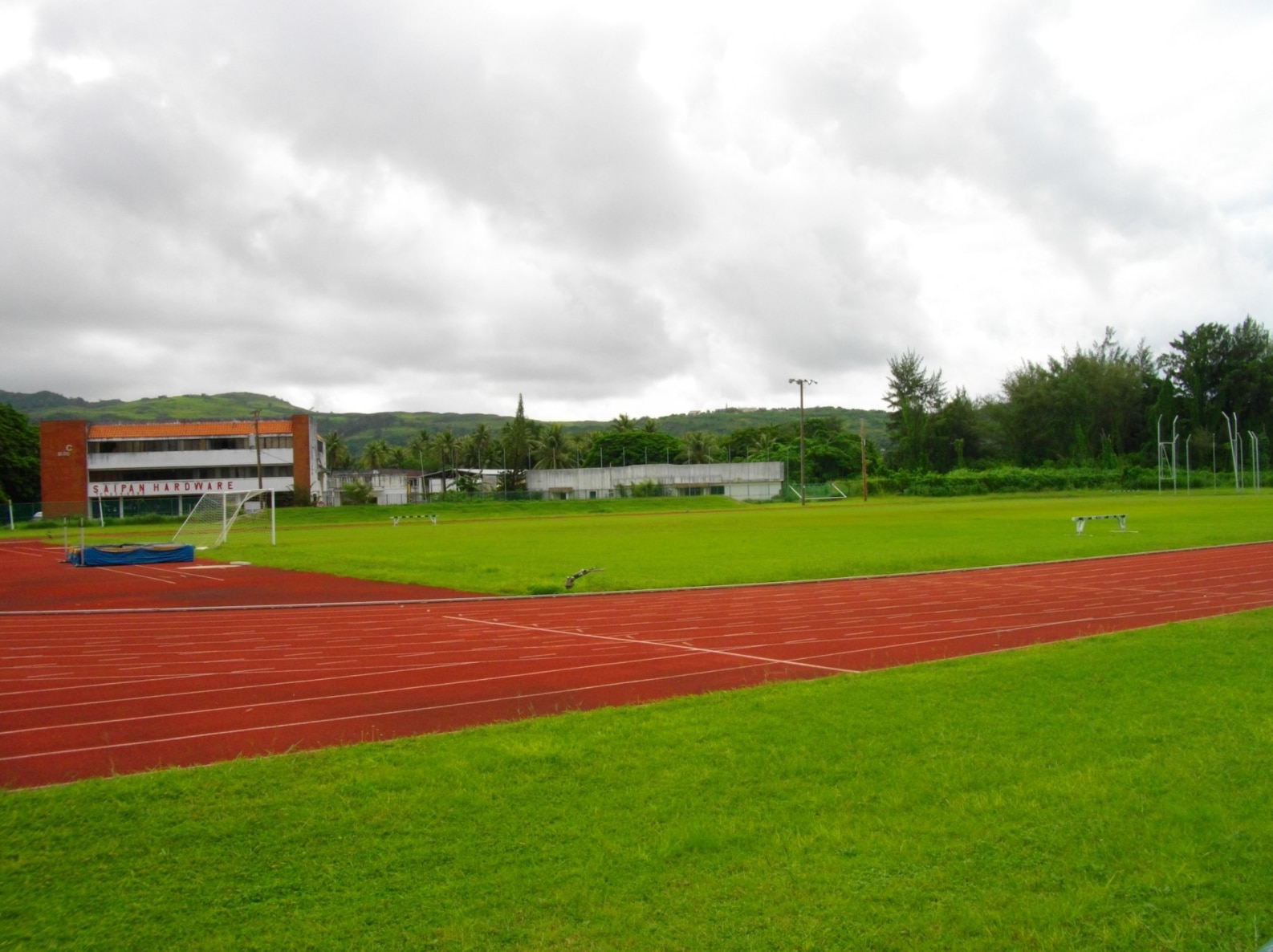 He also addressed the value of hosting such a large and important regional event for the Northern Mariana Islands, stating, “we have never experienced this magnitude of [an] event. It’s the first time in history. We’re making history!”

“Just having the South Pacific island neighbors, brothers and sisters, up north is quite exciting,” added Babauta. “I believe what we have done is [create] a ‘momento’. It will be a legacy, and continue to be a journey for our future athletes.”

“We invested a lot on each of the venues, and this is where the inspiration comes about, just seeing the other athletes from all over the Pacific compete.”

“Celebrating after all this devastation, celebrating together as a Pacific community. It’s all about the community being out and welcoming our guests,” concluded Babauta.

With that principle in mind, he took the opportunity to extend an invite to his fellow islanders, stating, “it’s free. The entire community is invited free of charge.”

Public health was also on the mind of those organizing the regional sports event, with athletes and participants facing mandatory vaccination if they wished to attend the Games. Babauta commented, “we got all the different regulating agencies ensuring safety first and foremost, including Covid and public health.”

He also spoke highly of local businesses, stating, “they’re being great supporters, as in making discounts [and] special prices on their meals, beverages, and any service or product they’re selling.” 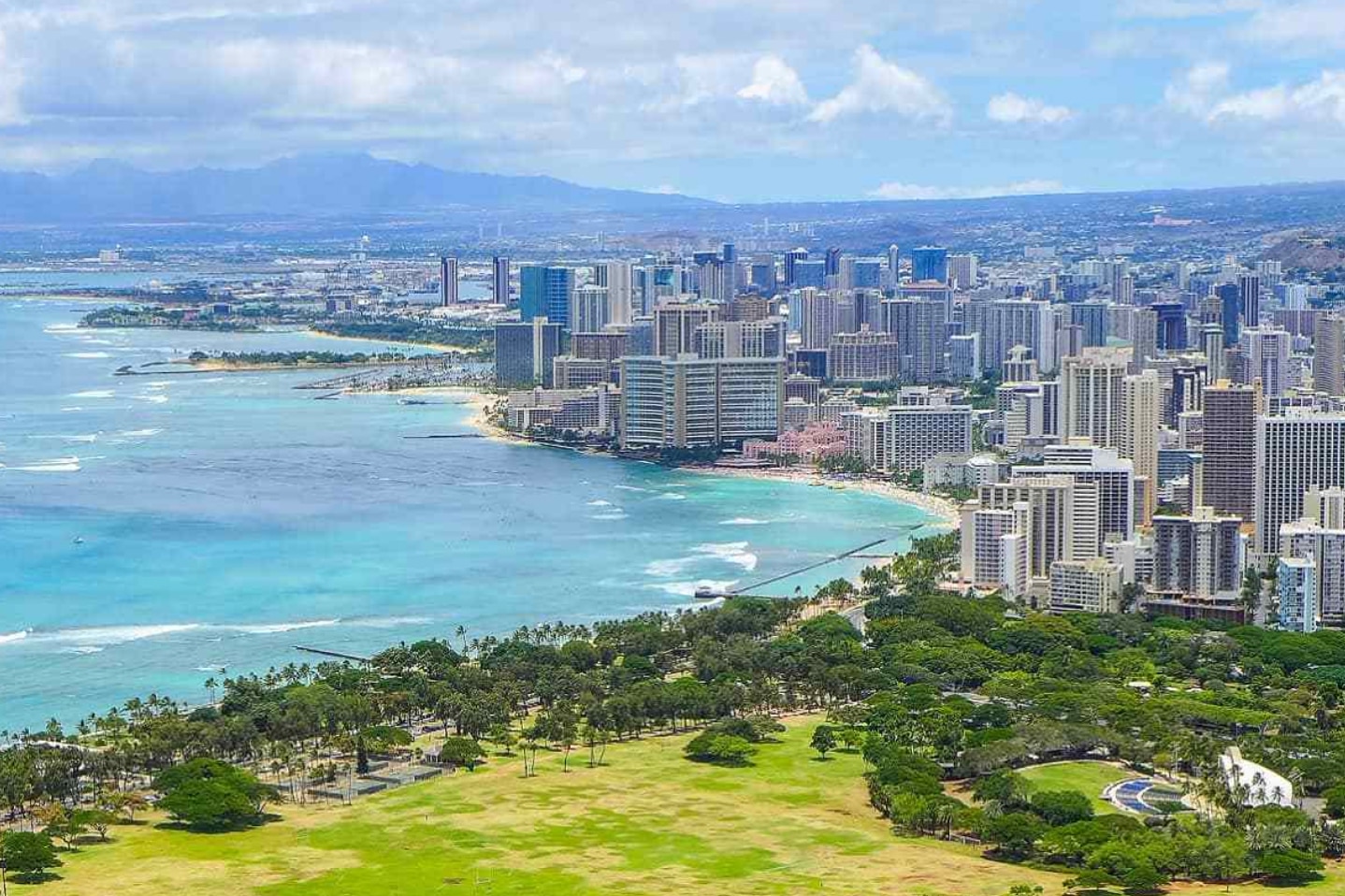 Babauta also lauded local sponsors, noting how their donations, both cash and “value-in-kind,” had aided with logistics, transportation, meals, sporting equipment, and construction ahead of the Games.

With infrastructure also in place for live-streaming and broadcasting, it’s just a matter of completing final preparatory work before the small island territory gets its moment in the spotlight.

“We’re tiny, but we’re mighty,” affirmed Babauta, who provided Around the Rings with a final tease of the regional multi-sport event. “I think the most exciting part is just coming together as a Pacific nation in the sports environment, and for the world to see a showcase of our talent and athletes.”

He looked to draw a parallel between the event and another major international competition, the Olympics. He noted, “the next Olympics will be in Paris, and the surf competition will be held in Tahiti. We will have the Tahiti team here. They’re quite interested in gaining that experience to host [in] 2024.”

Whether it’s seen as an appetizer for the Paris 2024 Summer Olympics, or as a miniature version of a larger continental sports competition, it’s clear that the 2022 Pacific Mini Games have made a large impression on the Northern Mariana Islands.